Is There Separation Of Assets In Texas? 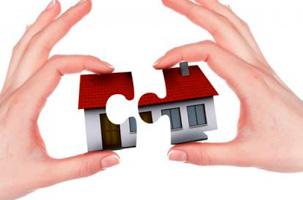 Texas is a state of “community property.” In other words, all property owned by persons married in the dissolution of marriage, whether by death or divorce, it is presumed that the property belongs to both the husband and the wife. In the same way, the debts contracted during the marriage are presumed to be from the community. This means that the debts are presumed to be contracted by the husband and wife. Like the community of property, the debt of the community should also be divided into a divorce. The presumption of community property can only be overcome by the clear and convincing evidence that a certain property is independent, rather than the community of property. This is usually done by plotting and clearly identifying the property as separate property at the “beginning of the title, “Or the time when the property was first acquired. Documentation that clearly shows that ownership is separate is almost always necessary if the parties do not agree on whether an asset is separate or community. Consequently, the testimony that the property is independent is probably insufficient to demonstrate the separate nature of an asset without other documentary support.

What Is The Most Important Factor To Develop Your Business
Texas Receives Support For 51,000 MMD And Requires An Additional 61,000 MMD For Reconstruction After Hurricane Harvey

Register here! Forgot Password? Back to Login Return to Login